SEO – how far have we really come?

In clearing out a set of drawers in the office we stumbled across an old Econsultancy SEO Best Practice Guide from 2007. Being the canny fellows that we are, we all clamoured at the chance to have a read and at the same time a trip down memory lane to a time when the Nokia 1100 was the worlds best-selling handset. To put this into perspective just a year later the Iphone 3G would be launched.

We wanted to remind ourselves of a time when SEO was considered, in some corners of the industry, shrouded in mystery. Or to call a spade a spade: spammy.

So sat with a cuppa we set off on our trip down memory lane. First up was a chart regarding the volume of searches for single keywords in a single month: 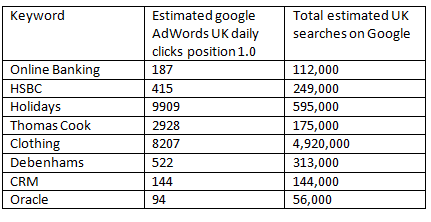 One of the most striking elements of the guide is that a great deal of the advice is fundamentally the same as best practice in 2014. For example what was telling about the chart in the ’07 report was not the type of keyword searches that were detailed, but rather that the advice – “to narrow searches using phrases like free online banking, Cuba holidays, and ski jackets” – is just as relevant then as it is today.

Likewise the report says: “There is no need for any smoke or mirrors. If agencies are refusing to reveal their techniques… then move on.” Immediately!

It continues: “SEO is not terribly difficult to grasp from a concept perspective, the difficulty lies in managing your keywords and optimisation over the long term.”

The seven-year-old report eulogises that at the core of search engine optimisation, success needs to be based upon on-page optimisation, index inclusion and coverage and link building (internal and external). Whilst other factors play a part these fundamentally impact the success clients have and are as important today as they were in 2007.

Given Googles Head of Webspam, Matt Cutts, recent posts regarding the quality of links being of high importance as opposed to number of links, then the advice, such as below, that was provided seven years ago is still as valid today as it was then:

What we should perhaps be considering is why if the rules, advice and guidance in 2014 are pretty consistent to those of the noughties, why are some still struggling with the concept and practice of providing good quality, earned links?

Ultimately if the basics of SEO are not correct then the foundations upon which campaigns are built are weakened and unlikely to achieve the maximum optimisation which we all strive for.

Visit our US site

Hey there we notice you are outside Europe would you like to visit our US site?

Visit US site Remain on site

x
Get the latest digital marketing insights delivered to your inbox